Enjoy Nintendo DS Games on Your PC with WinDS Pro

WinDS PRO – on a quest for a perfect Emulation System

WinDS Pro is considered as one of the best Nintendo DS emulator for Pokemon games on personal computer emulator packs of the Nintendo DS (Dual Screen) and DSi. It captures most of the features of the handheld console—from graphics to controls. The basic controls (A and B buttons, directions) are fully customizable on the keyboard. The tactile pad, which is basically the lower screen, can be operated by the mouse pointer. 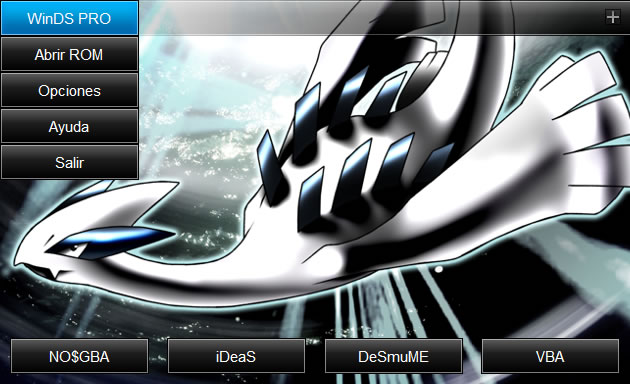 WinDS is not a stand-alone emulator, but a program that uses many other free emulators. Hence, it can run the most number of titles—both commercial and homebrew—from Nintendo DS and Game Boy Advance (GBA) games. The small installer package can be downloaded from the WinDS site. Only at less than 30 MB, it contains DirectX 9, OpenAL, MSVC++ 2008 and other run time components. After just seconds of downloading, you are ready to install and play. The best part is that it is for free!

It is an independent Windows application, which has customizable skins and general appearance. You can check the net for guides in tweaking the skins of your emulator.

V 2.0.8 is the first version of the WinDS Pro that is written in English. Users worldwide well appreciate this pleasant surprise, since all other versions were written in Spanish. Earlier versions like the V 2.2.1 are compatible only with Windows XP and older Operating Systems. Later on, the version 2.3.x series was released since many people have shifted OS to Windows Vista.

WinDS developers have included the best open source emulators to guarantee ROM compatibility. The built-in emulators include VBA Link, VBA-M, iDeaS, DeSmuME, and the No$gba—the most stable and most popularly known emulator.

Fortunately, there is no need for an extra-powerful PC to run the emulator program. It works well with a 2 GHz processor, 1 Gigabyte RAM and 256 MB dedicated video card. Emulation runs smoothly even with 512 GB RAM and 128 MB video shared memory. So, everyone can enjoy DS on PC without having to buy a new unit.

Since WinDS Pro DS Emulator is fully equipped with plug-ins, it can play hundreds of titles which are playable in the handheld console. About 99% of all GBA games work perfectly in it, including all the Pokemon Titles, Kirby and Super Mario Games. Of course, you can play Zelda, Mario Kart, Sonic and the latest Pokemon Games—like you are using a real DS.

However, there still are components of the emulator being developed. For example, some games may require motion and sound, which are satisfied by the tools and microphone of the DSi. The developers have yet to include these features in the program. Hence, some interactive games cannot be finished or be played at all in PC. Although very few, there are games that crash at the title screen or at the middle of gameplay. This is possibly caused by code, graphics and sound rendering problems.

Do not be disappointed if the latest games are not yet playable through the WinDS Pro. Just regularly check on their website and patiently wait because new versions are being developed.